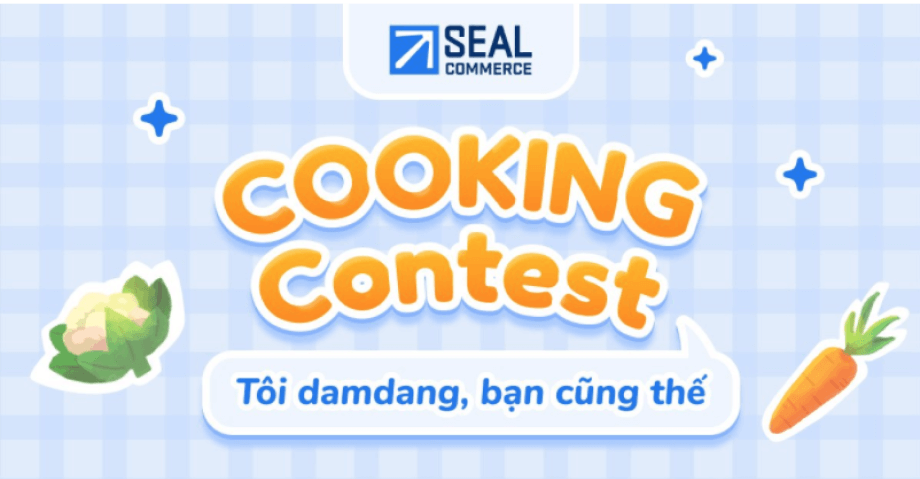 To participate in the contest, all Seal Commerce family members are divided into 7 groups with very unique names given by the group themselves, showing the personalities of the group members such as: Good Mood = Good Food , Healthy & Balenciaga meal,Team năm vừa ăn vừa nằm, You never eat alone, W-T-F (where is the food), Ăn thì ăn không ăn thì ăn, Ăn dặm chờ lương. 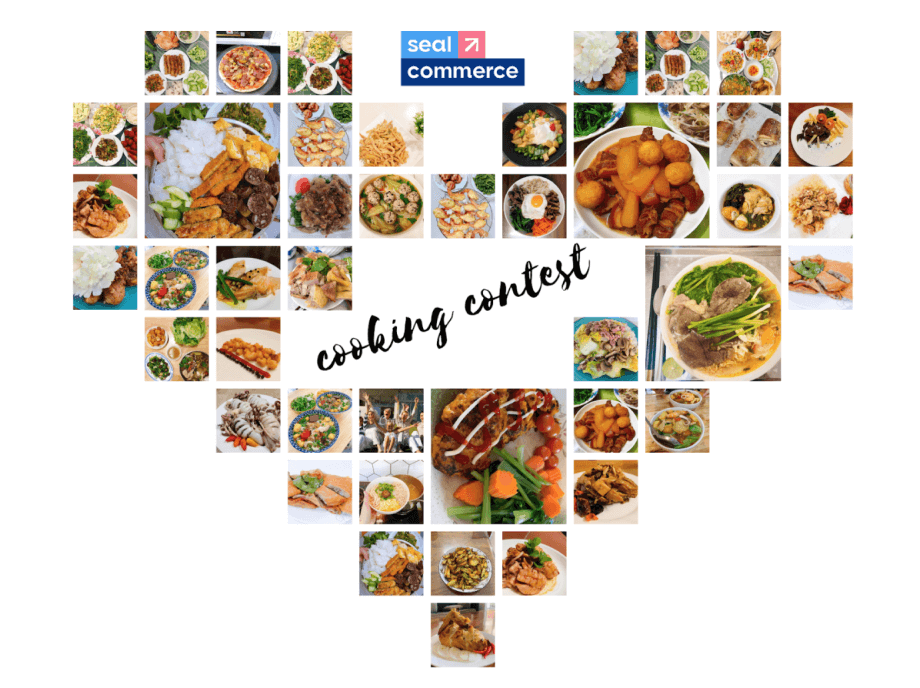 The contest rules are very simple, all group members just need to take pictures to check in daily dishes and upload to the group's album on the company Facebook. If you can share more about cooking recipes, reveal home cooking secrets or you can simply take pictures of the table, the dishes which have been decorated and prepared meticulously, attracting a lot of interactions, the group will have absolutely a chance to win extremely attractive prizes of the competition. 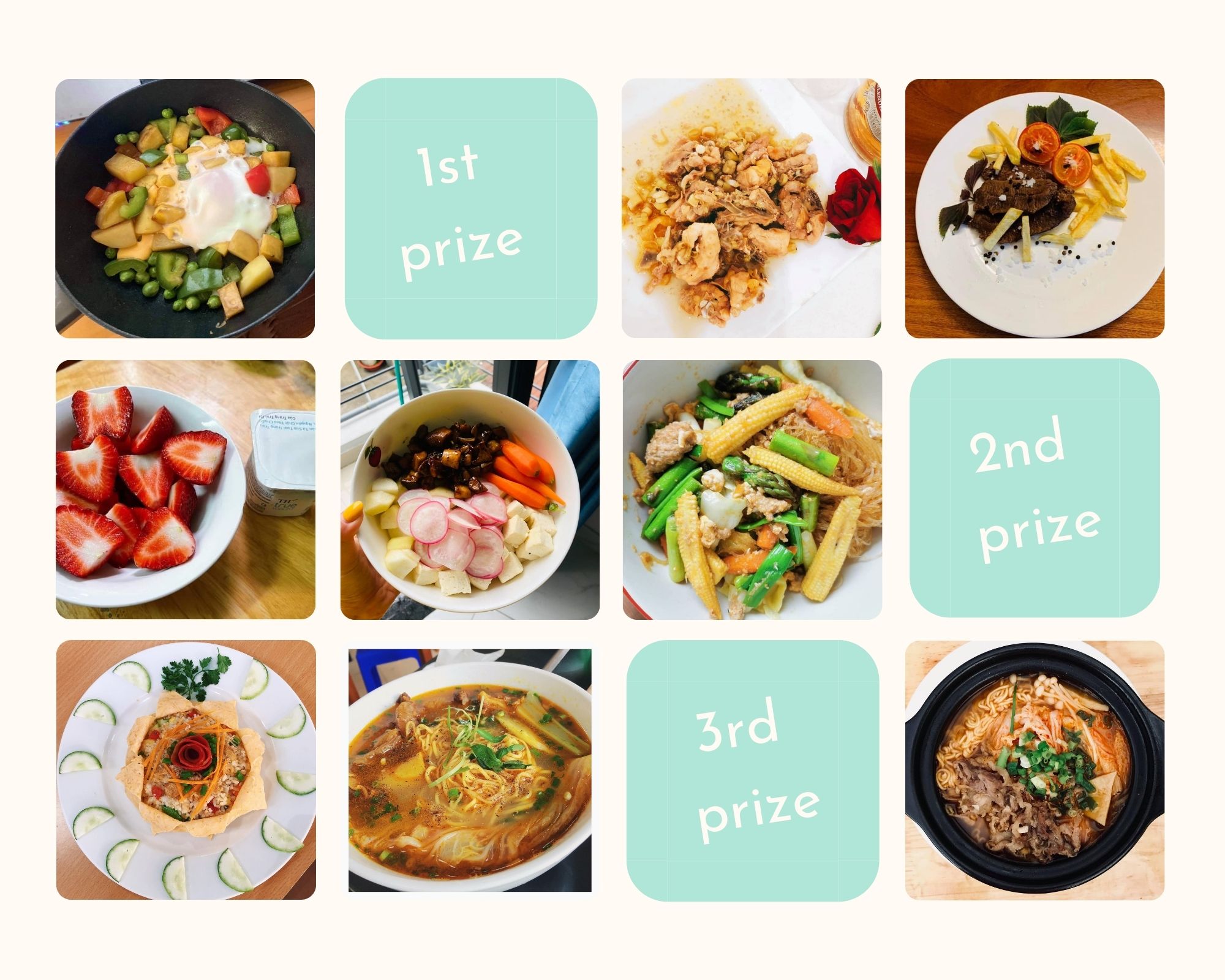 Within 10 days (from June 9 to June 19), hundreds of photos were posted on the contest  photo album with a total of nearly 2,000 dishes. From this arena, many diverse dishes with strange and cute names were born in the cuisine village "Toi dam dang, ban cung the", such as: royal fried rice, salad for giants, cake for the majority defeating the minority, bread with onion grease, angry bear cake, painful rabbit cake, regal braised duck, Ho Guom squash soup, prosperous shrimp noodles, One-eyed dragon fried rice and chickens with many escape, when the birds break their wings,.... 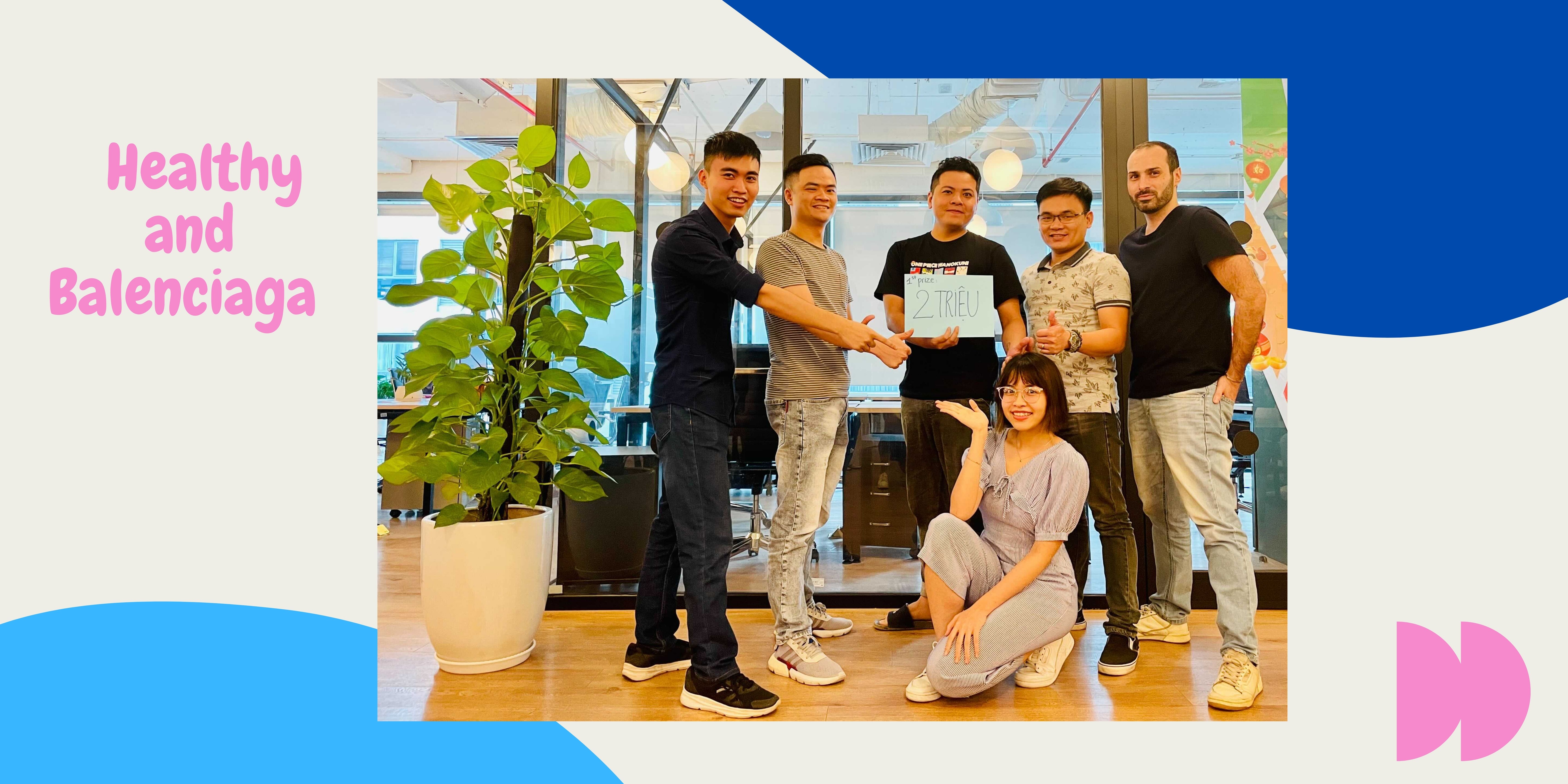 For 10 consecutive days, Seal Commerce's Facebook page is filled with a vibrant, jubilant atmosphere, "xeo xeo" with delicious delicacies from the super chefs of the contest “Tôi dam dang, bạn cũng thế”. At the end of the contest, the Healthy and Balenciaga Meal Team won the first prize and the most dynamic Team leader award with 645 dishes, the whole team received a cash prize of 2.5 million VND. 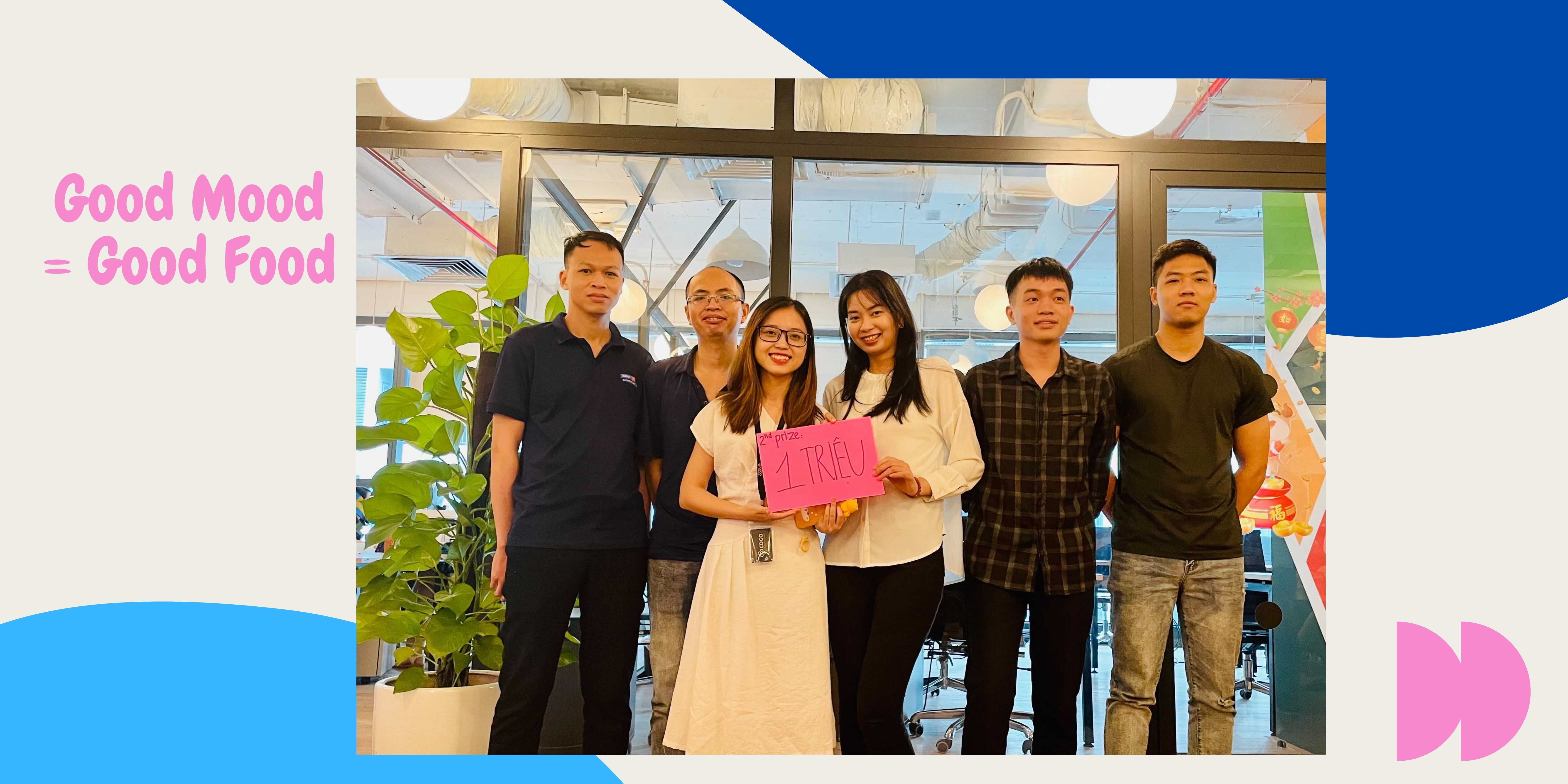 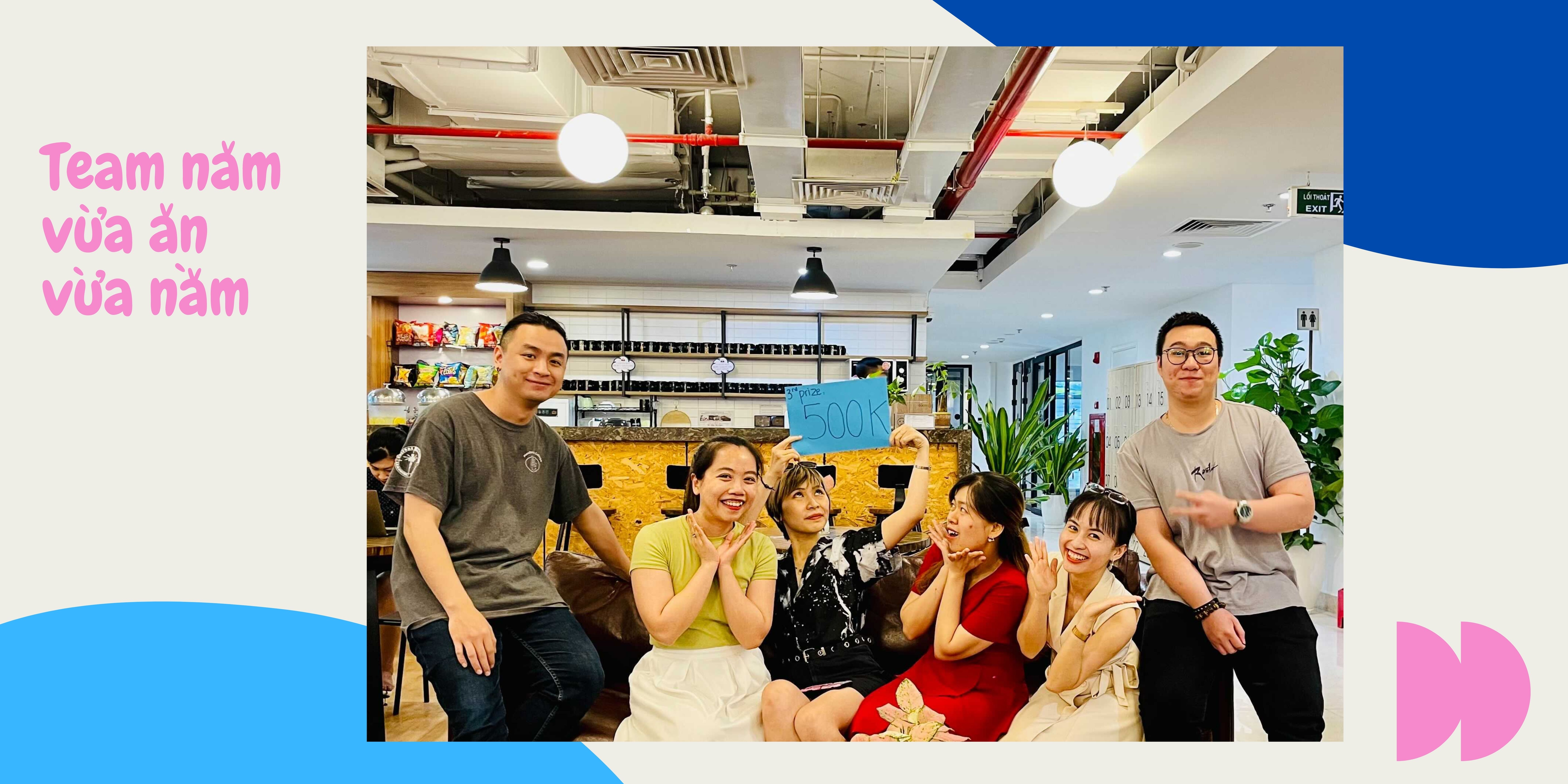 In the individual award category, the cooling peach drink was voted as the most favorite dish when it shocked with its beautiful simplicity and convenience in the summer. 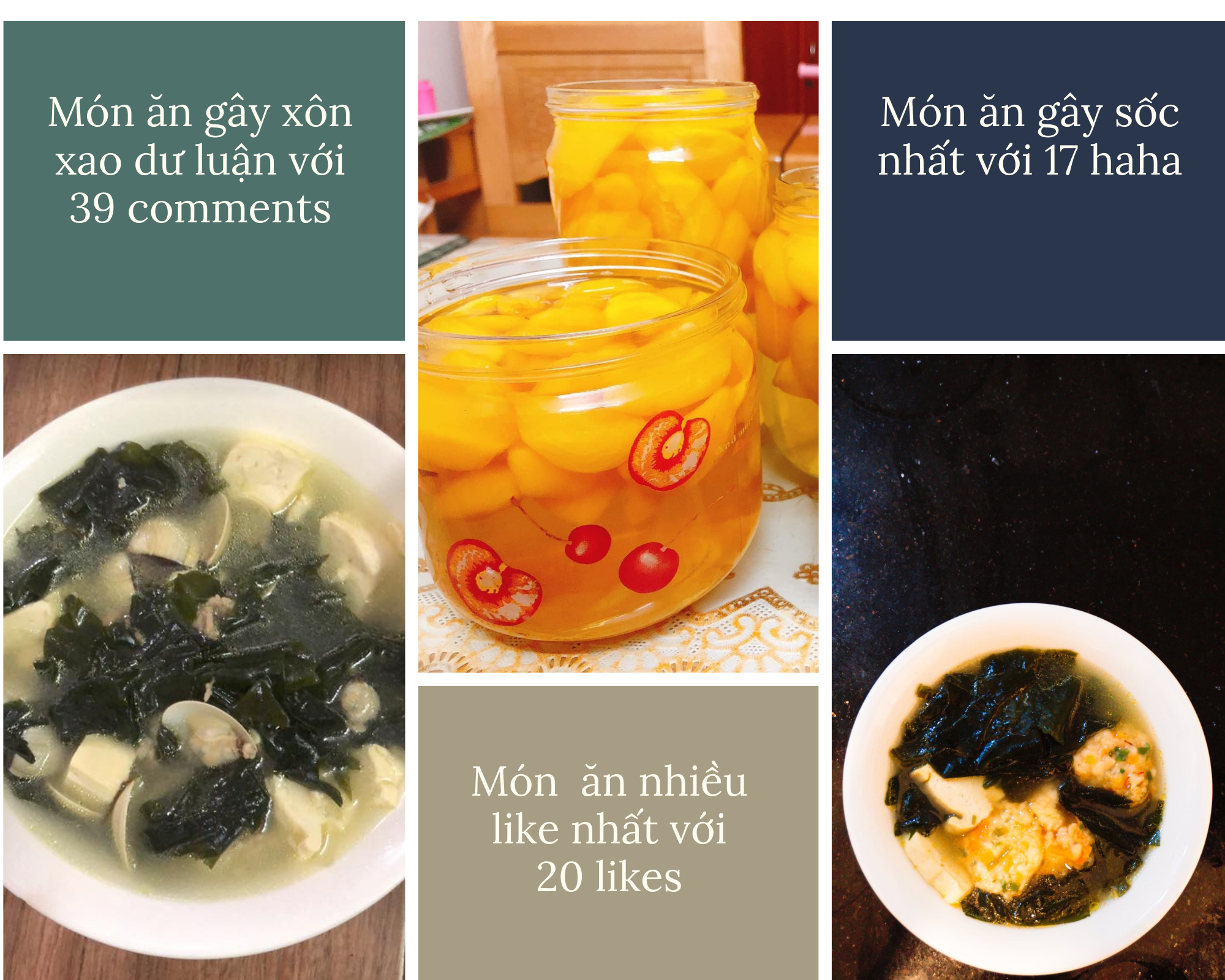 The "genuine" seaweed soup is the dish that stirs up the most public opinion. The most shocking dish is named "original look like vegetable" seaweed soup because it has contributed to storm the online community during the entire time. The prize for this category is a Vinmart Voucher 300k for each individual. Congratulations to all the teams and members for successfully completing the contest! 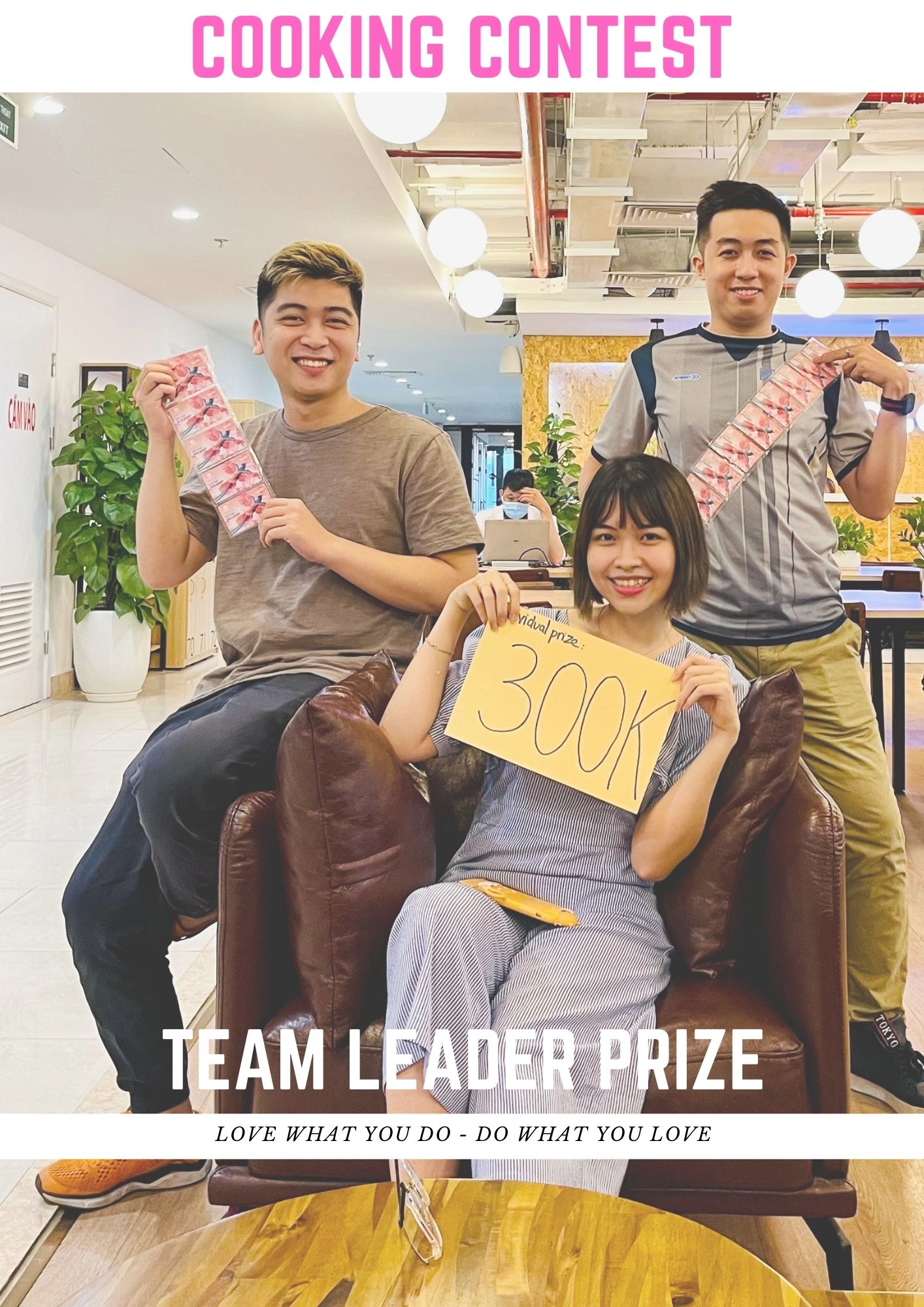 The Cooking Contest is held to inspire the spirit of all Seal Commerce employees about repelling the epidemic and improving health. Above all, this is a playground for Seal's Master Chefs to show off their cooking skills, relieve stress and stay connected during remote working time. 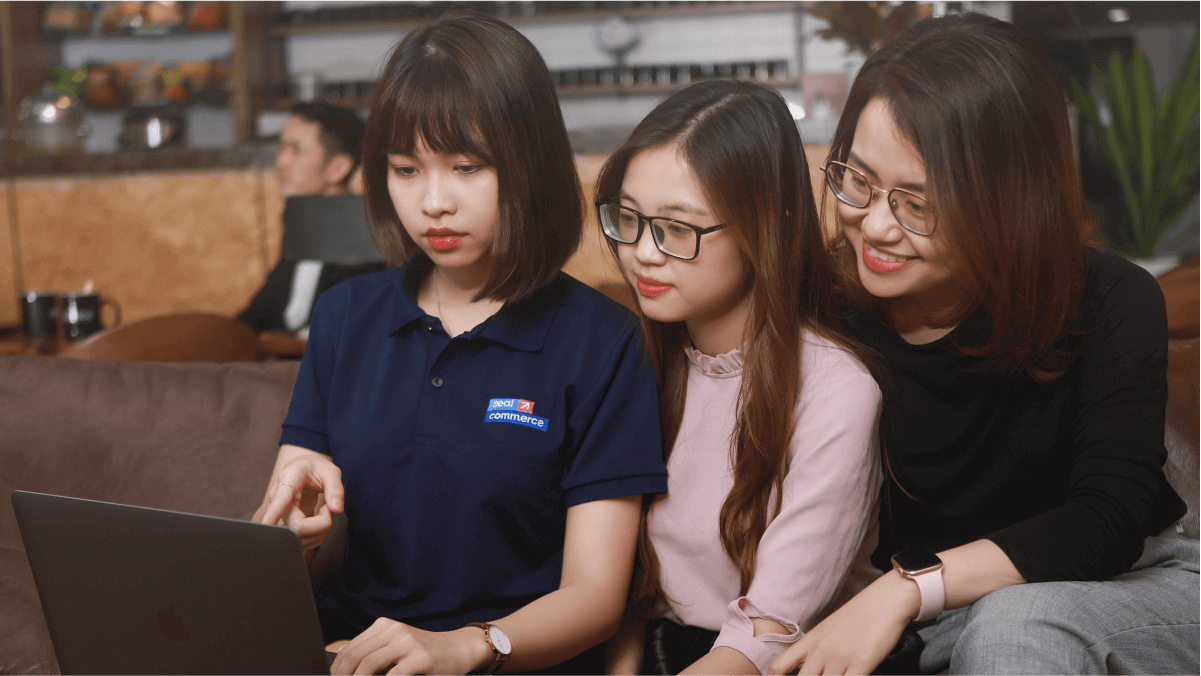 How Seal Members talk about us

“I am so lucky to apply successfully to Seal Commerce, because it is the workplace where all employees want to experience: an enthusiastic leader, energetic team members and managers who always consider that empathy comes first…”

“I remembered that it took exactly 1 hour 30 minutes for the interview to apply to Seal Commerce. It means that the working procedure and working style is quite meticulous and professional. I like the working environment like that.”

“I always try to find an working environment that fosters positive, professional working relationships, and mutual respect. At Seal Commerce, I strongly believe that I’ve made the right decision. I can do what I love and love what I do here.”

“Remote Working Policy of Seal Commerce is quite a human-centric policy, helping employees adapt and work with peace of mind. The interactive working environment and supportive colleagues are also one of the things that I impress with!”

“All developers who are new to a working environment must self study every things. Thanks to supportive and enthusiastic Seal-ers, I can adapt and grasp tasks quickly. It's also awesome that we have the same interests in games & sports!”

“Products have a clear strategy and goal. The task is challenging but interesting. I have the opportunity to research & perfect meticulously all product's features from the user's perspective. As a result, I also improve my own competency.”

“The working environment is quite comfortable, colleagues are humorous, funny but very enthusiasitc to support. Here, we work hard with interesting and global products and play harder in a very young and dynamic environment.”

“There's just plenty of rooms for growth at Seal Commerce, such as explore new aspects, test out solutions, lead sprint items, manage a new project... The managers are all for it as long as you are ready to break your limit and move up your career.”

“I like the flexibity of remote working policy. 15 - minute daily scrum meeting helps me to focus on my team's goals without missing any deadline. It looks fantastic when I don't need to go out and stuck in traffic jams these days.”

“Seal Commerce is an environment where young people can learn a lot and prove themselves. I faced a lot of difficulties in the first steps in managerial role, but the trust of the leader and co-workers helps me move forward confidently.”